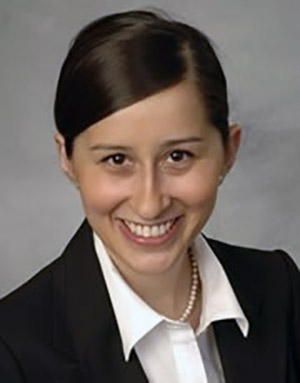 Caroline Nitschmann received her undergraduate and medical degrees from the University of Illinois. She completed her residency training at the Brigham and Women’s Hospital / Massachusetts General Hospital combined Harvard Obstetrics and Gynecology program. She won the Resident Teaching award each year of her residency and was elected Teaching Chief Resident in her final year. She is currently a Fellow in Gynecologic Oncology at the Mayo Clinic in Rochester, Minnesota. Her research interests include global women’s health and cervical cancer. She looks forward to fulfilling personal and professional goals through a career of research, education, and service advocating for the underserved global women’s health population. Dr. Nitschmann was invaluable to CCC in April 2014 where she was our lead gynecologist during the establishment of four CCC clinics in Kisumu, Kenya.

See our "See and Treat" programs in action! Check out this video of CureCervicalCancer's work in Kisumu, Kenya