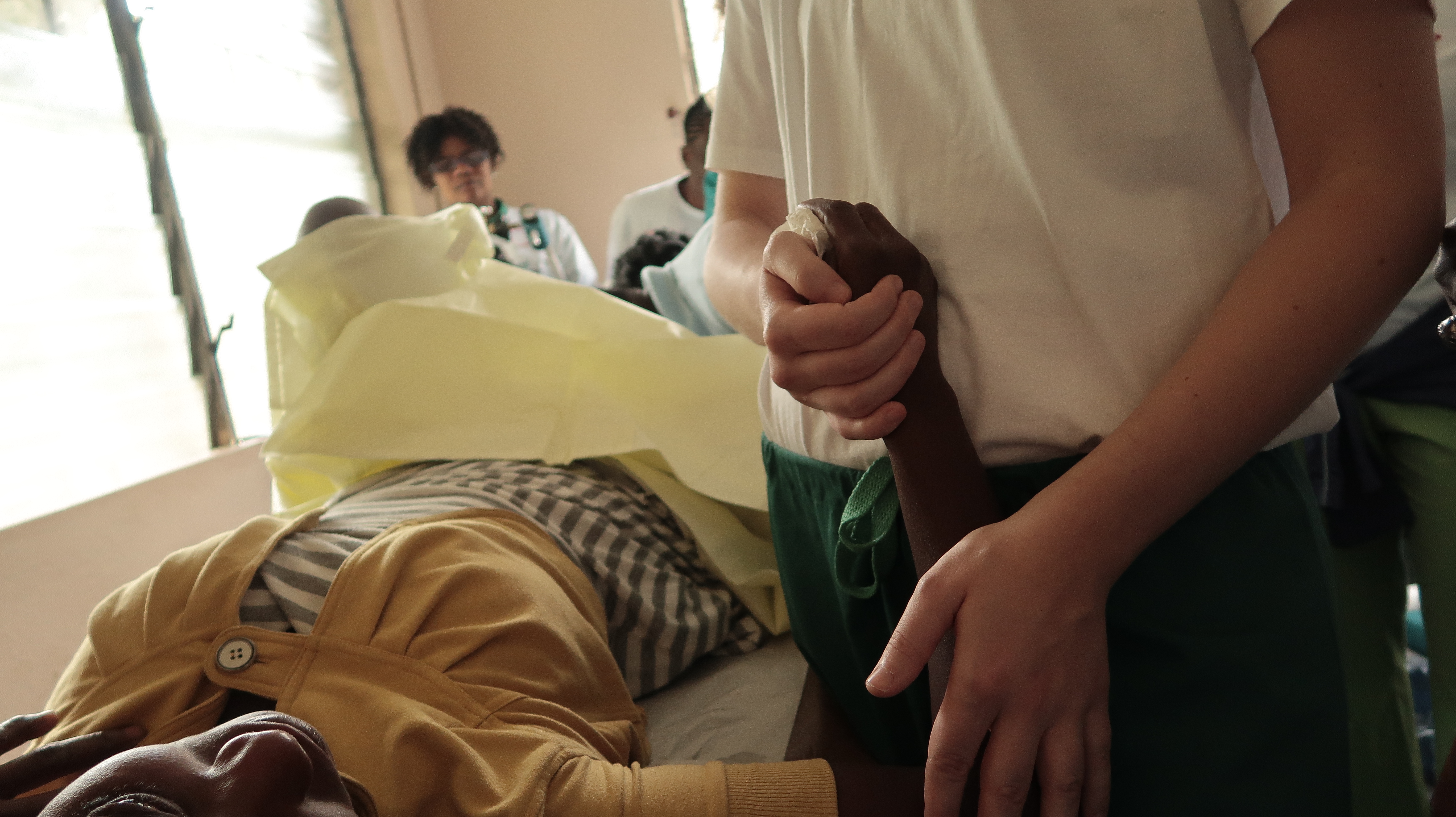 The smell of damp earth from the recent rains wafted through the windows of the tiny classroom, quickly shuffled to accommodate the projector and desks for eight trainees. A small space between desks accommodated a damp patch on the floor where the ceiling had been leaking. Three physicians and five nurses, here to learn VIA and cryotherapy, shared their names and backgrounds. 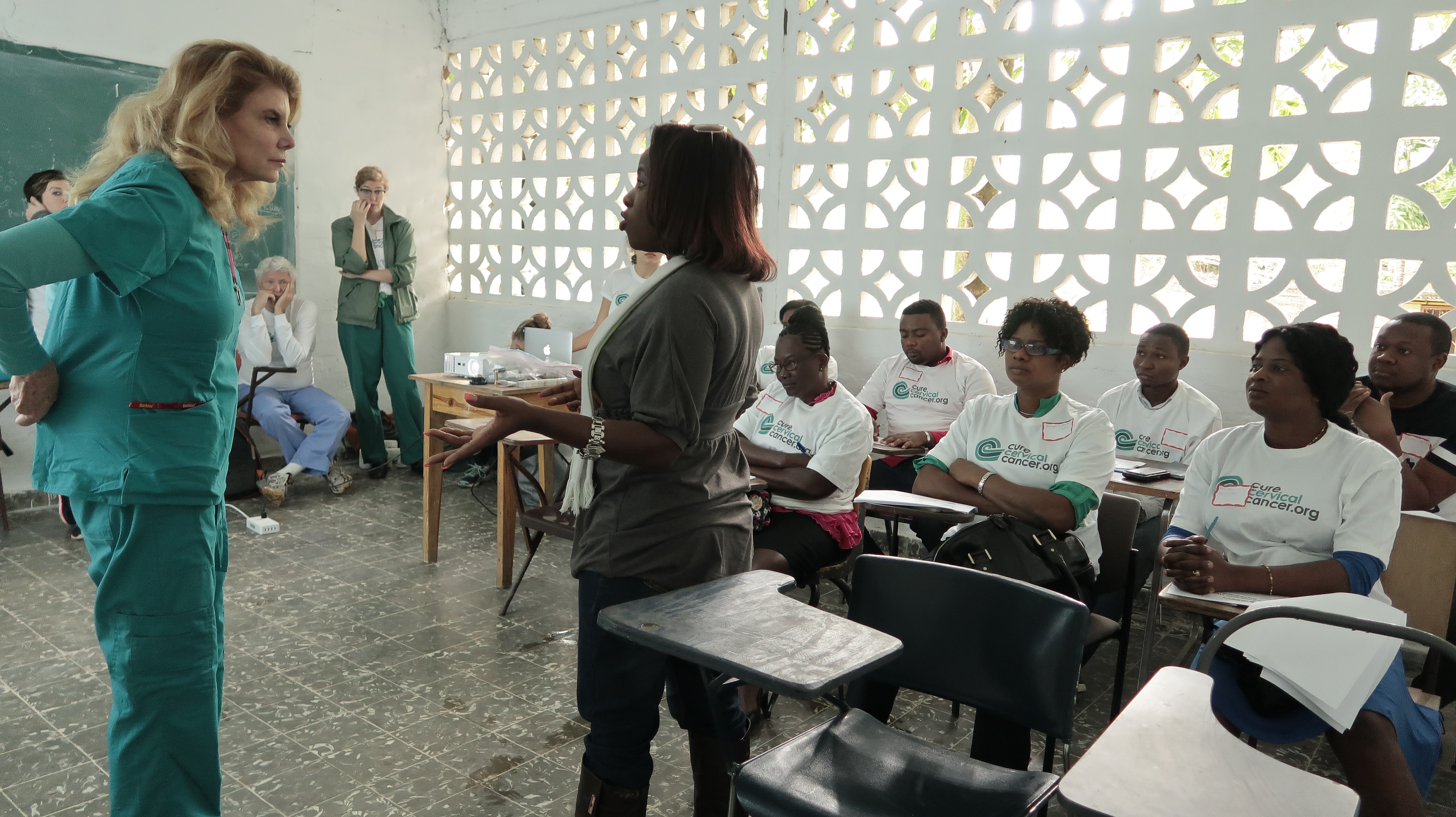 Dr. Patty Gordon outlined the “See and Treat” method for prevention of cervical cancer. We reviewed case examples, and covered the nuts and bolts (literally) of connecting the carbon dioxide tank to the cryotherapy gun.

Then, it was on to treating patients.

We quickly split into teams began screening. Our trainees had varying levels of practical experience, but quickly learned to perform the exams. With each patient seen, our trainees became more efficient and confident. The three nurses in my training group, from a town called Limbe, all hoped to use the technique in their clinic. Only one had ever done a speculum exam. 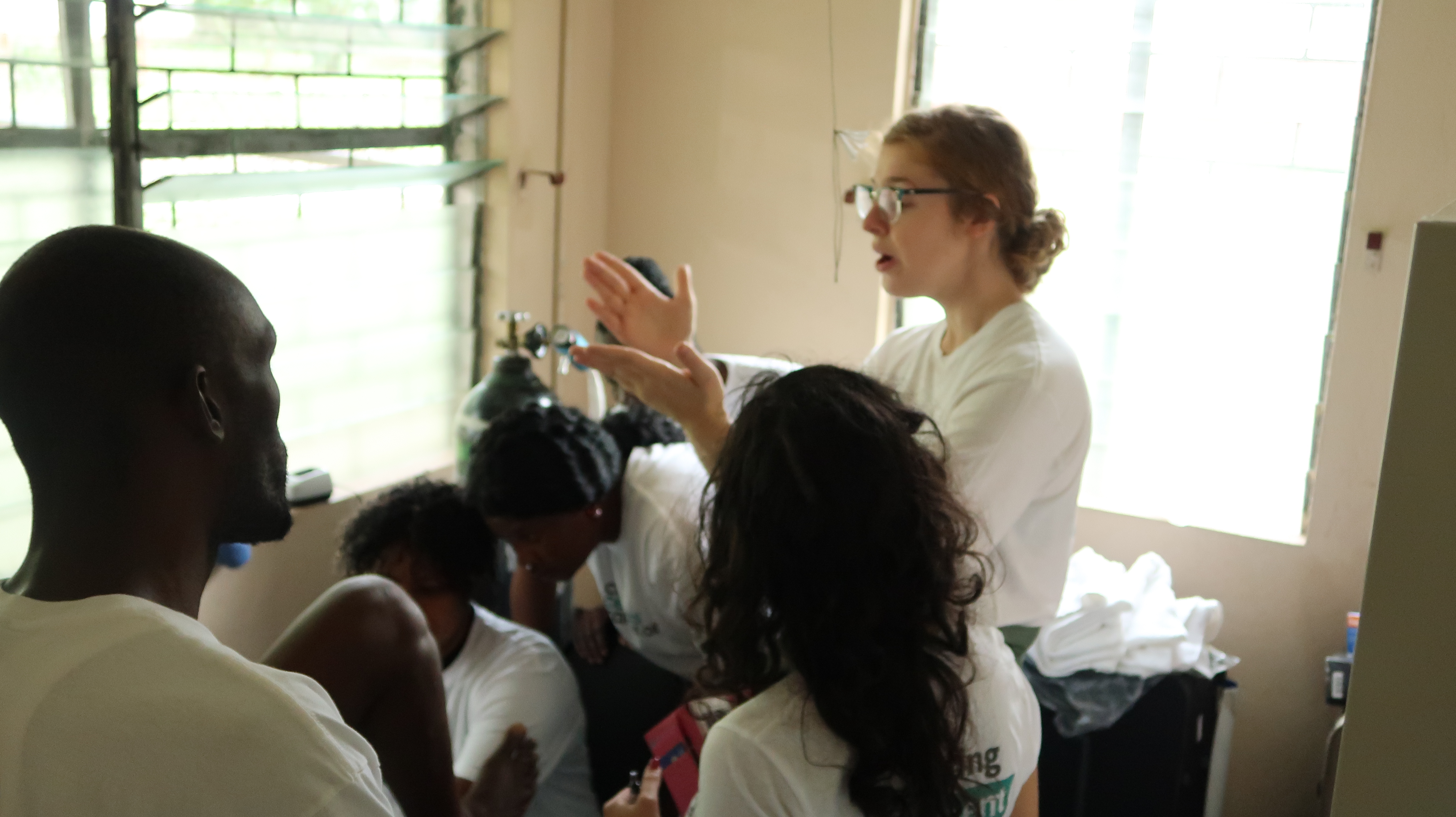 The majority of my previous travels have been to Spanish-speaking countries, so trying to communicate with trainees and patients in my ten word vocabulary of jumbled French and Haitian Creole was an adjustment. Although we had translators for patient care, mealtime communication consisted largely of hand gestures. Pointing, miming, and laughing, I bonded with the trainees over coffee, sandwiches, and slightly spicy peanut butter called mamba. On our third day of training, I had the pleasure of working with a physician trained in the Dominican Republic, and fluent in Spanish. I was thrilled to be able to communicate without a translator. Not only were we easily able to discuss findings during screening, but also in-depth discussion and reiteration of screening guidelines. 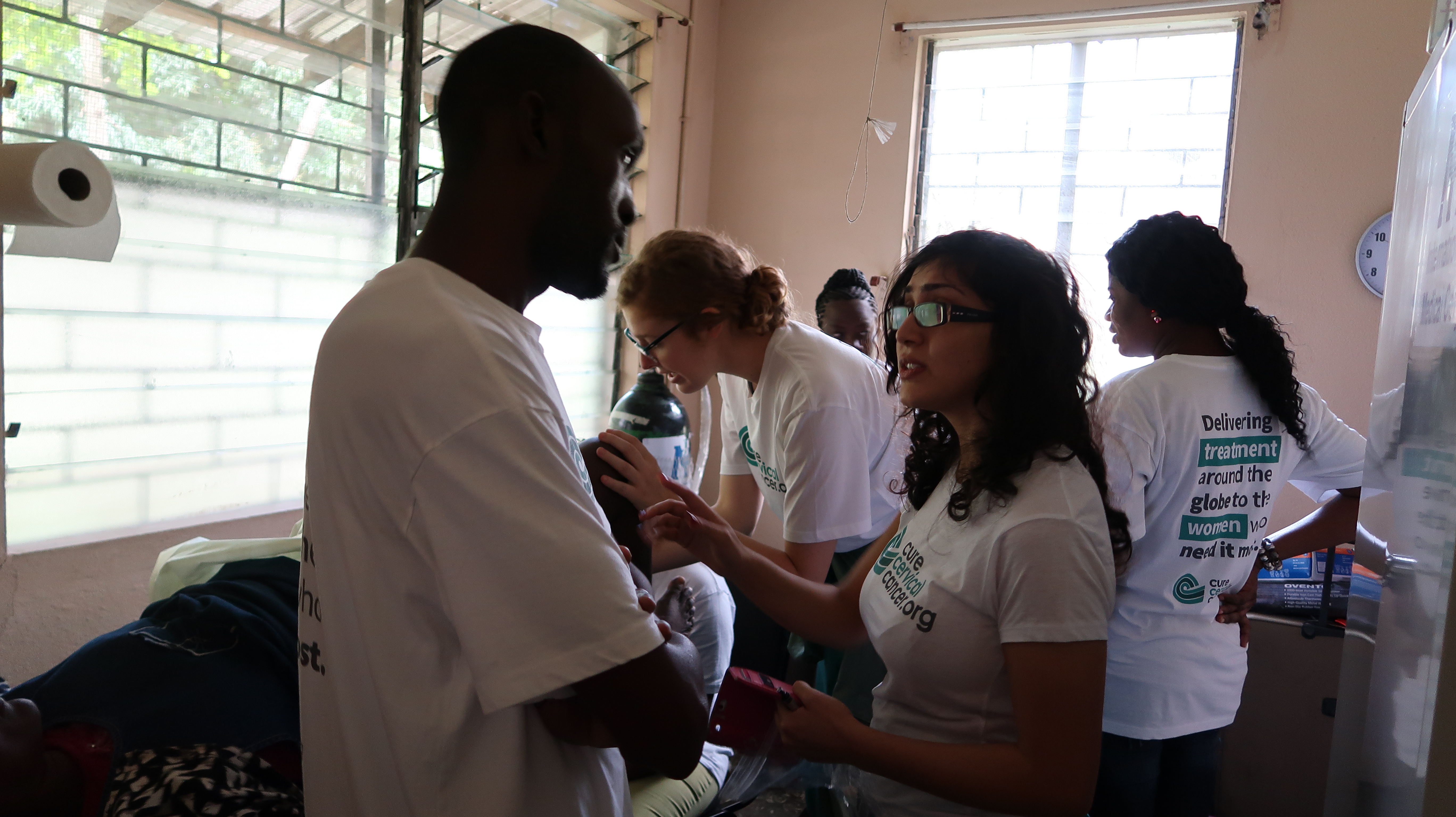 As a family medicine physician, I am dedicated to promoting quality medical care in the context of the community.

The see-and-treat method embodies this philosophy: high impact preventative care that is accessible and sustainable.

And although each person screened by visiting CCC teams is a potential life saved, the vastly greater power of the program is in training local providers in the technique and providing tools to allow screening and therapy to continue long past our departure. I am honored to have played a small part in the wider net that is Cure Cervical Cancer, their ground partners, their trained providers and the thousands of women who have been screened and will be screened.